After a week of heavy schoolwork, rainy days and some frontal passages, we can finally enjoy a weekend with a clearer sky and nice sunshine. However, everything comes with a price, this weekend will be pretty cold.

The temperature tonight is finally going to drop below the freezing point, from the low 40s to below freezing around midnight. The wind was around 11 mph at 5 p.m. and will eventually die down later. It will be a good idea to put on something heavy or even some hardshell for the wind.

The early morning tomorrow will be really chilly, below the freezing point. As the sun comes out, we will have a high temperature around the mid 40s in the afternoon.

As the trough lifts up and a ridge builds up above us, we could expect the temperature to slowly climb up until Tuesday. Since good things never last, next week will not be so sunny. A low system with a good amount of moisture will pass through, so expect rain around Tuesday. 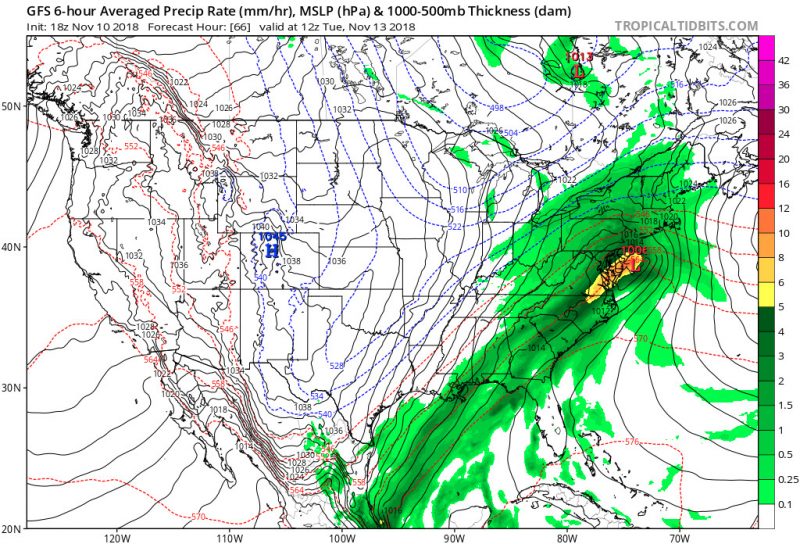