Today was another summer-like day in College Park with above average temperatures, and we avoided a few rain drops. Those few rain drops may still come tonight but will not last long as mostly sunny skies return tomorrow.

Mostly cloudy skies will continue with a chance of scattered showers and thunderstorms for most of the evening. Lows will be around the mid 60s with southwest wind at 6-10 mph with higher winds in the thunderstorms.

Mostly Sunny skies will return on Wednesday with highs back in the low 80s with Northwest winds 5-8 mph. In the evening partly skies with lows in the mid 60s with light and variable winds.

Later in the Week:

Thursday looks like the warmest day of the week with temperatures rising to the mid to the upper 80s. In the evening there looks like another chance of showers. 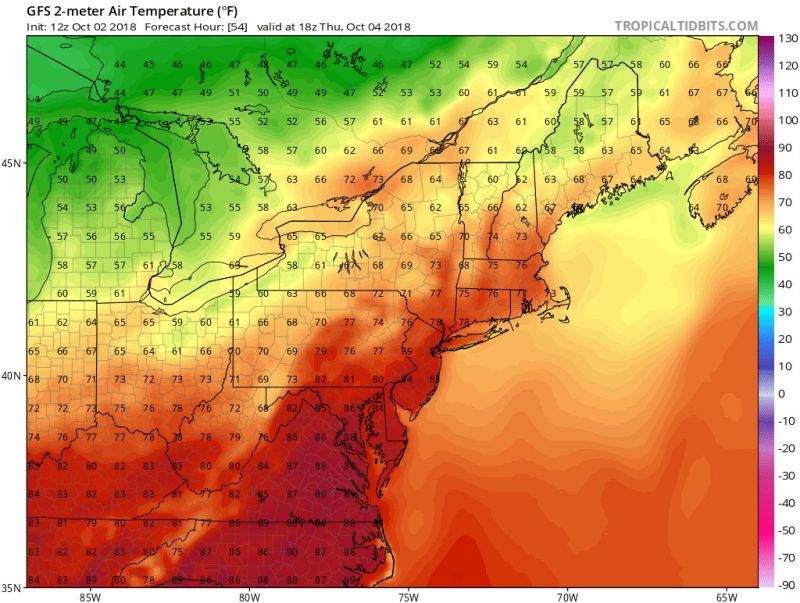 This image from Tropical Tidbits shows GFS model for the predicted 2 meter temperatures at around 2:00 PM. Temperatures are planning to be around the mid to upper 80s which is over 10 degrees above normal for early October.

Friday’s high temperatures fall back into the mid 70s which is where average temperatures are during early October.  Dew points will also drop into very comfortable range and will be very reminiscent to last Friday. 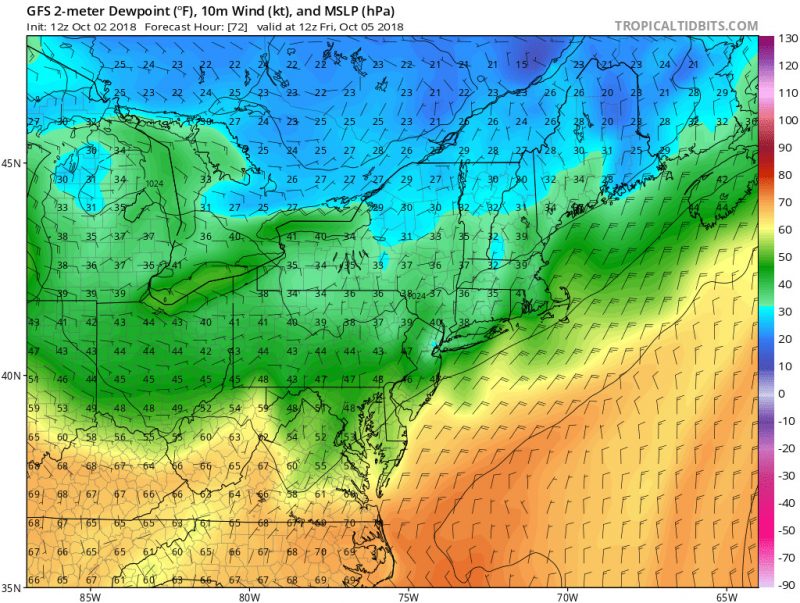 This image form Tropical Tidbits shows the GFS model for the predicted 2 meter dewpoints on 8:00 AM Friday. Dewpoints in our area will fall into the low 50s which will make the air feel lighter and less sticky.