Warm weather and sunny skies allowed the high temperature to reach into the mid-70s for most of the surrounding areas today. Record breaking warmth is in the forecast for tomorrow again before cool and dreary weather returns later this week.

Warm and gusty winds blowing from the south result in mild low temperatures in the mid-50s. Winds will be around 8-10 mph from the southwest. Partly cloudy skies this evening will gradually transition to overcast skies in the morning, allowing for a possibility of a light drizzle in the morning. Patchy fog is also expected in the early morning hours that may reduce visibility in certain areas. Morning commuters should take caution.

Expect a record breaking day tomorrow as overcast skies in the morning transition into partly sunny skies. The current record max temperature at DCA on this day is 75 degrees. Temperatures are expected to reach the mid to upper 70s with winds around 8-13 mph out of the southwest and gusts exceeding 20 mph. If temperatures reach into the 80s, it will break another record as being the earliest day of the year in DCA history to reach 80 degrees. The current record is February 25th that has been held since 1930. If you enjoy warm weather, make sure to get outside tomorrow as the rest of the week is expected to wet and dreary. 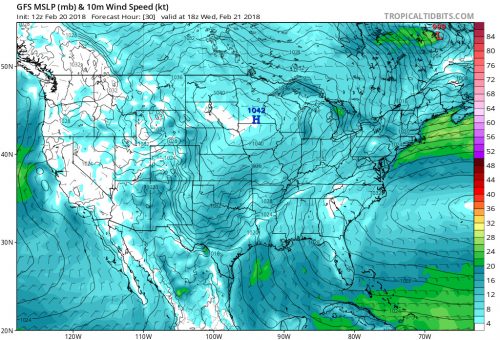