If you’re like me, you must be wondering how is it November already? Halloween is over and Holiday commercials are sneaking back on to our TVs. Those long shadows are also creeping in earlier and earlier every day. After this weekend, the sun will be setting around 5 pm making the evening commute a little more dreary. Luckily, the rest of the week looks to be warmer than average, making for a great start to November.

As the first day of November comes to an end, skies will continue to stay mostly cloudy. Temperatures will start to creep into the 50s with an overnight low dipping down to around 52 degrees. Winds will remain calm as well. 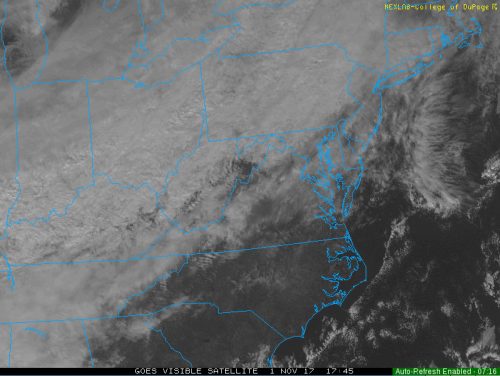 Thick layer of clouds moving into our area overnight. (Via: GOES16 NONOPERATIONAL)

Tomorrow will begin with cloudy skies to start the morning, but will clear up as the day progresses. Clear, sunny skies will open up in the afternoon with temperatures reaching into the mid 70s. Winds will be light at around 5 mph from the south, bringing us those warmer temperatures. Hopefully you did not pack away your summer clothes yet because Friday will be slightly warmer as well!

We have now entered the final month of the 2017 hurricane season. Many people associate hurricane season during the summer and early fall, but the official season stretches from June 1st to November 30th. Currently, there is no tropical activity in the Atlantic basin, but that does not mean that one cannot form. Here are some famous hurricanes that occurred during the month of November:

The Great Cuba Hurricane of 1932 formed on October 31st and lasted until November 14th. During its lifetime, it reached Category 5 status with maximum sustained winds of 175 mph and a central minimum pressure of about 915 mb. The town of Santa Cruz del Sur in Cuba was destroyed with a storm surge reaching 21 feet. This storm is considered the deadliest November storm, taking the lives of over 3,000 people.

Hurricane Gordon, the second deadliest November storm, took the lives of approximately 1100 people in Haiti. A long lived November storm that developed on November 8th and lasted until November 23rd, which had max winds of 85 mph and a minimum pressure of 980 mb. This particular storm was not very strong, but dropped over 20 inches of rain on Haiti in 24 hours. This caused devastating mudslides and flooding that were responsible for a majority of the deaths.

The S-shaped path of Hurricane Gordon. (via WeatherUnderground)

Otherwise known as “Wrong-Way Lenny” because of its peculiar track from west to east, Hurricane Lenny was an extremely powerful storm for late November. Reaching Category 4 strength with max winds of 155 mph and central minimum pressure of 933 mb, Lenny effected Puerto Rico and the Leeward Islands. It developed on November 13th and dissipated on November 23rd. 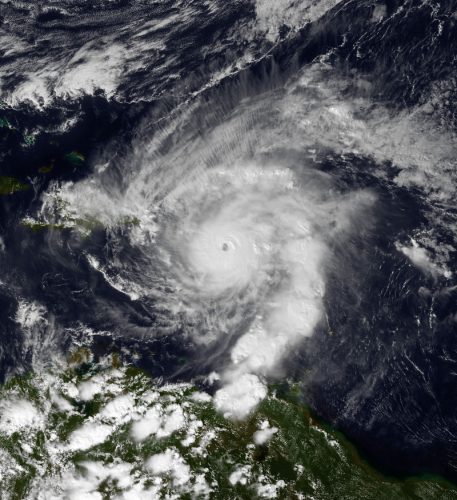