What a breezy day today! An approaching cold front has helped to usher in up to 26 mph south-southwesterly winds with peak gusts of up to 33 degrees (DCA). Also, these warm winds from the south pushed temperatures to 70 degrees in DC. Ahead of the front, scattered showers will move through and breezy winds will stick around through tomorrow. 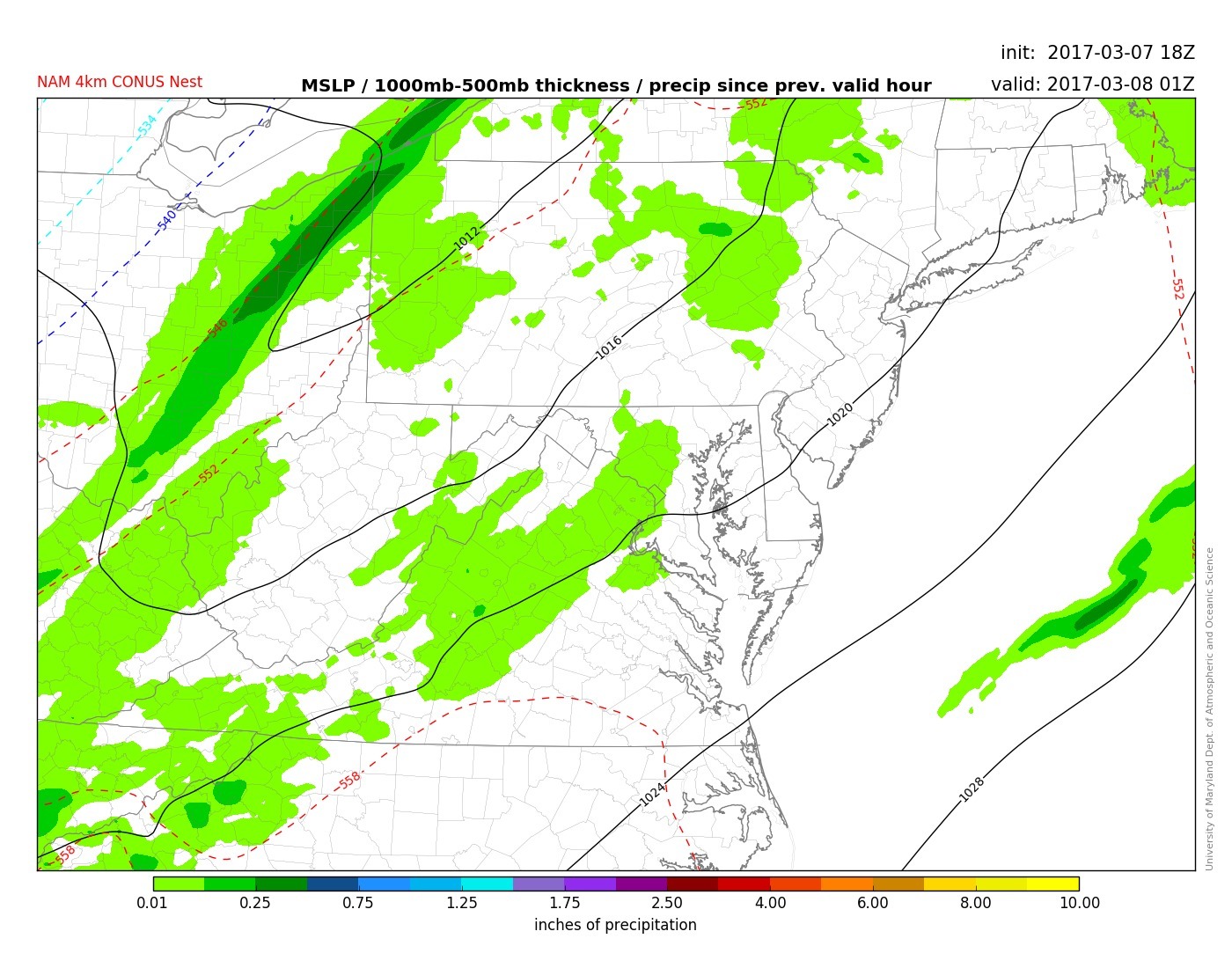 Tuesday night around 8 pm: Scattered rain showers (green color) will continue to push through the Baltimore/Washington area tonight and into Wednesday morning (via: UMD TROWAL)

Through Tonight: You will be needing your umbrellas on your way home. Light to moderate rain showers already started to scatter across the DC/Metro area. The bulk of the showers will push through the area until the early morning hours. Up until midnight, wind speeds will range from 10 to 15 mph with gusts up to 25 mph. After midnight, winds will maneuver out of the west and bring in drier air. Cloudy skies will keep temperatures nearly mild with lows dropping only to the upper 40’s.

Wednesday: Clear and breezy! Make sure to hang on to your trash cans before leaving out for work/school in the morning (Moderate wind gusts have blown trash cans in the street throughout some neighborhoods). Whether you are waiting at the bus stop or preparing for your morning commute, you may run into a light stray shower. Once those showers pass through, you can put away your umbrella for the rest of the day! Sunny skies will take over and temperatures will push anywhere from the mid-to-upper 60’s across the DMV. Westerly winds will be drier and slightly less breezy than today with speeds ranging between 9-15 mph. Gusts are likely to peak up to 20-25 mph.