Home » Weather Discussion » WINTER ISN’T OVER JUST YET! BLUSTERY WINDS AND NEAR SEASONABLE TEMPERATURES SET TO KICK IN THIS WEEKEND.

WINTER ISN’T OVER JUST YET! BLUSTERY WINDS AND NEAR SEASONABLE TEMPERATURES SET TO KICK IN THIS WEEKEND. 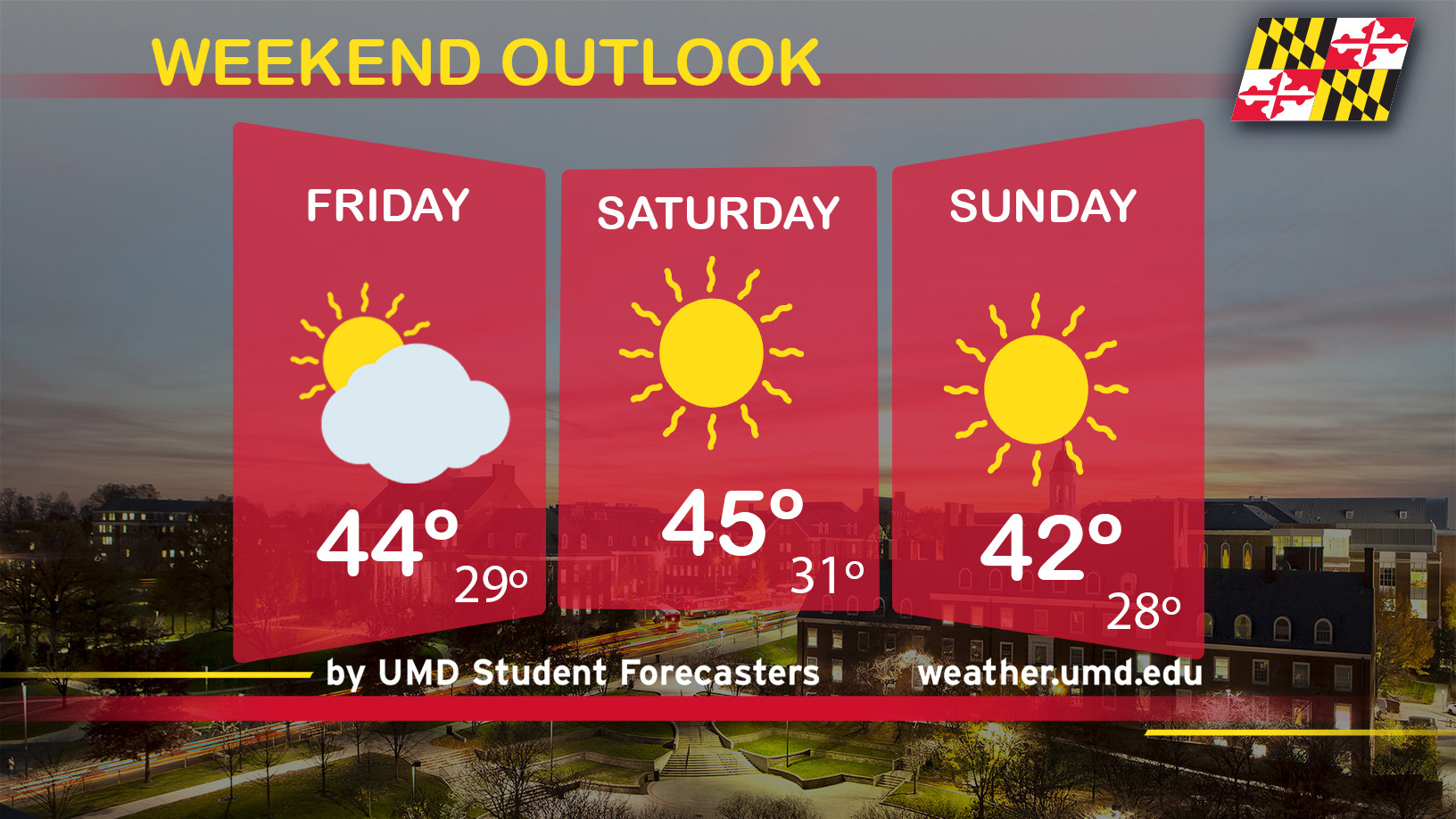 We’ve had quite the rollercoaster ride this month! Throughout most of January, only seven days have been below the monthly average high temperature (42 degrees). Only four days have been below the 25-degree monthly average low temperature. This weekend will feature a return of near seasonable temperatures and howling wind conditions. So, consider those wind chills! Blustery winds combined with a frigid cold air mass will probably make you reconsider packing up your winter coats. You will need them.

Friday: Partly sunny with drafty winds for today. Current temperatures are already at 41 degrees in College Park. West-Northwesterly winds with gust speeds of up to 20 mph are making it feel like the low-to-mid-30’s. There is a possibility of isolated snow flurries west of Baltimore. No accumulation is expected. High temperatures shouldn’t boost any higher than 43-45 degrees. By tonight, an arctic blast of cold air will return and leave low temperatures fluctuating near the freezing mark (see image below). 10 mph winds blowing out of the west.

Saturday: Saturday morning will start out cold! As far as temperatures, we’re talking upper 20’s to the middle 30’s. Winds around 10 mph will shift southwest to west and remain breezy throughout the day. 20-24 mph wind gusts will stick around through the morning before dwindling to the mid-teens by the early evening hours. High temperatures will be flirting with the mid-40’s. By 7 pm, below freezing temperatures will already be present North and West of the District. As clouds increase overnight, low temperatures will range from the upper 20’s to low 30’s.

Sunday: Seasonable and mainly sunny! Mid-30 degree temperatures will start off Sunday morning. While winds continue to flow out of the west, it will be less breezy with 5 -10 mph wind speeds. High temperatures will climb to the low 40’s. Overnight, a system will possibly produce a few isolated to scattered snow flurries into Monday morning. We aren’t expecting any significant accumulations…more of a nuisance situation. The chance of precipitation will be quite low. Nonetheless, low temperatures will range from 28-31 degrees. Enjoy your weekend!

Tune into @UMD_Weather on Twitter for more weather updates! 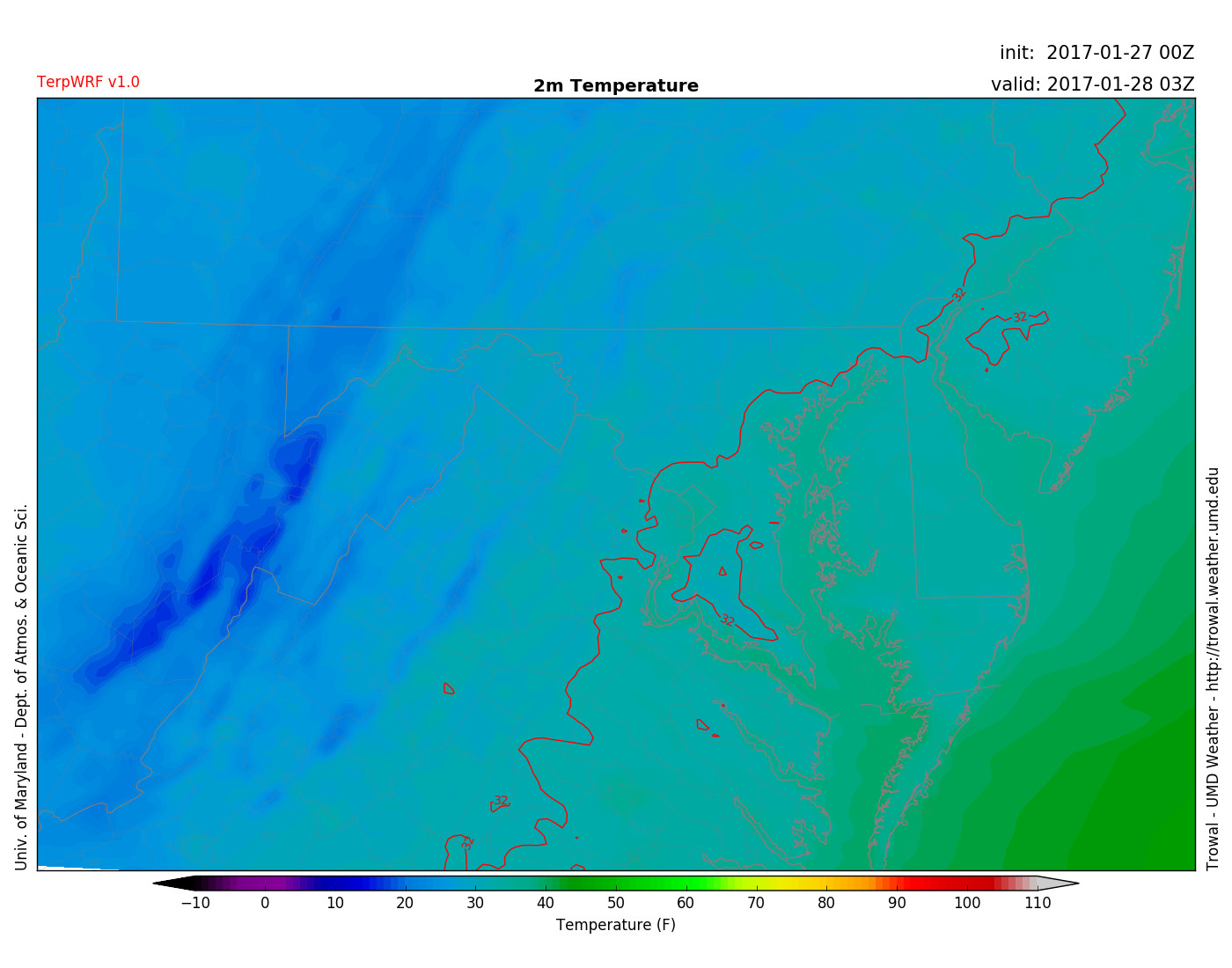