After some morning showers, the sun appeared and gave us a mild Monday with temperatures in the mid-50s and cloudy to partly cloudy skies (a much-needed respite from the arctic air we’ve been feeling for the past week). However, the clouds clearing out leaves room for the warm air to escape tonight, and the cold will return throughout the week.

As the sun sets the cold air will set back in, with temperatures reaching into the low 30s. Some high clouds will be in the area as a weather disturbance forms to the south. Winds will pick up some throughout the night, but will generally be relatively calm.

The disturbance to the south will cause the formation of more clouds in our area, giving a slight potential for rain throughout the day, and potential snow to the north. Any precipitation amounts are expected to be negligible. Temperatures will reach up into the mid-40s during the day, accompanied by low winds and overcast skies. 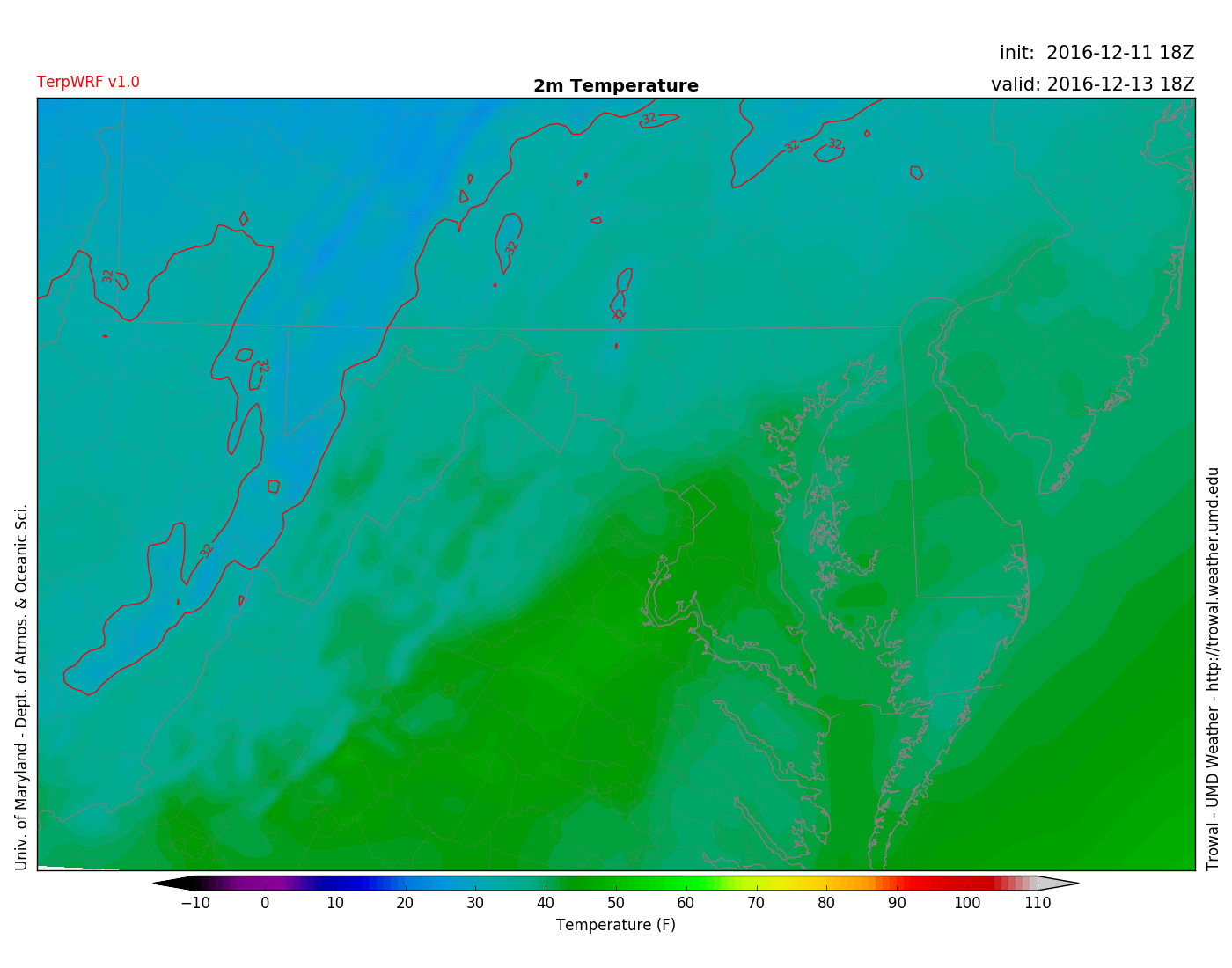 Temperatures return to average for this time of year on Tuesday. (Via UMD Trowal)