After a fairly warm and wet week, conditions have reversed and set the stage for a tranquil December weekend. The weekend will consist of average temperatures and dry conditions. A stiff breeze will accompany sunny skies just before clouds roll in on Sunday. If you have any last minute decorations or outdoor activities planned, then the next few days will look perfect (before winter makes it’s first real appearance in the near future).

Mostly clear skies, associated with high pressure over the area, will allow for temperatures to drop to the mid 30s (average for this time of year). West winds will be around 10 mph making it feel even colder.

The good news is that sunshine dominates once again. But, the bad news is that winds will be brisk and temperatures will struggle to make it to around 50 degrees. Winds out of the northwest will be around 15-20 mph. So, pack that extra layer if you’re headed out. Nighttime temperatures will drop into the lower 30s as the winds ease up. Clouds begin to move in setting up for an overcast Sunday. 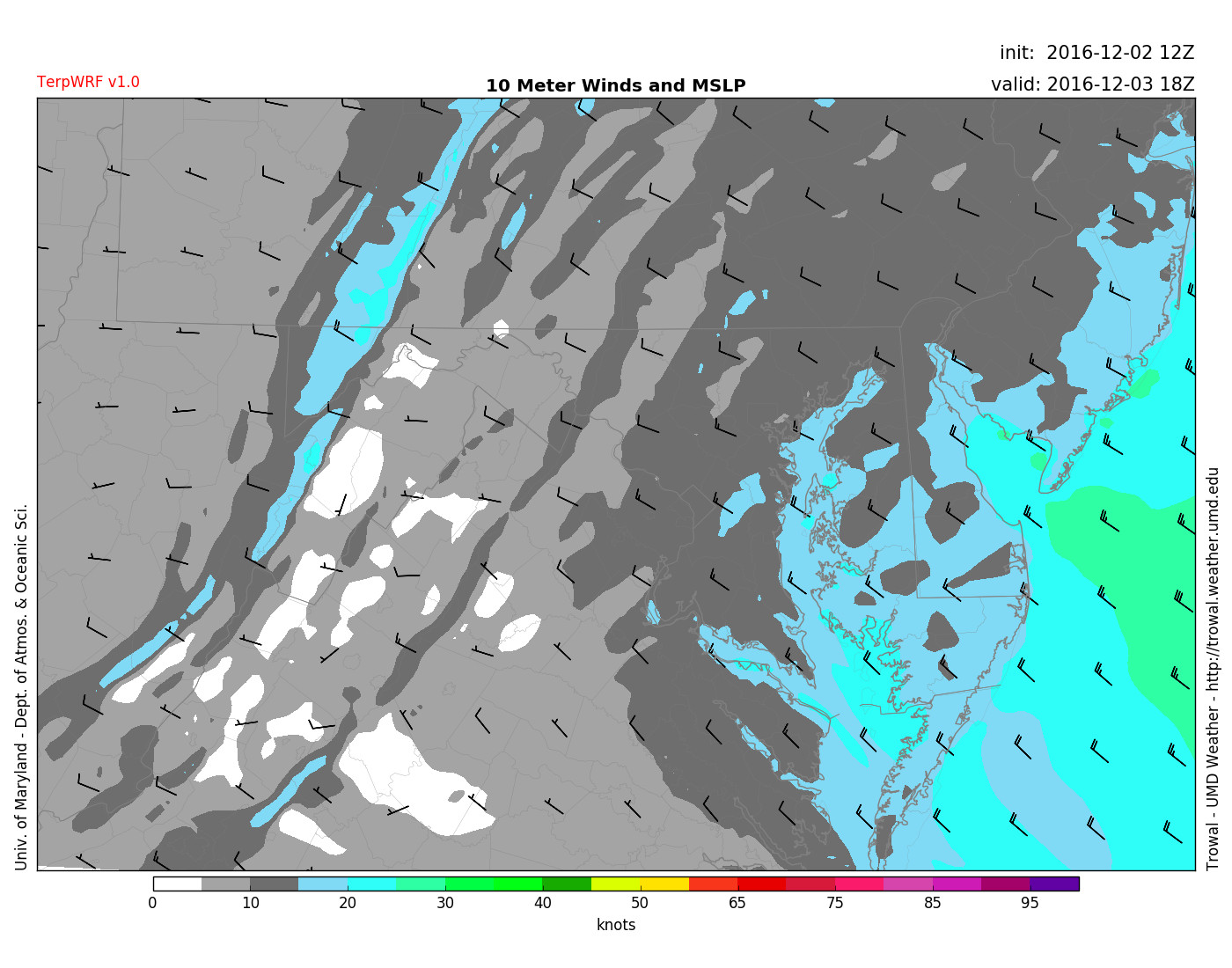 For the most part clouds will blanket the sky as a storm system approaches from the southwest. Temperatures will peak around average in the upper 40s and lower 50s. Winds die down to around 5 mph out of the northwest. Any precipitation will be very light and won’t make it into the region until after sunset. Showers are possible Sunday night with even a few snowflakes possible towards the north and west. Low temperatures will dip into the mid 30s.

Since it is now December it is okay to think about “how cold will it get” and “how much snow is going to fall”.  Below is a look at the 6-10 day temperature and precipitation outlook provided by NOAA. The local College Park region has a 50-60% chance of below average temperatures during this time and a 33-40% chance of above average precipitation. Conclusion: Dust off your heavy jackets and don’t be surprised if the word snow gets tossed around the forecast in the next few weeks.